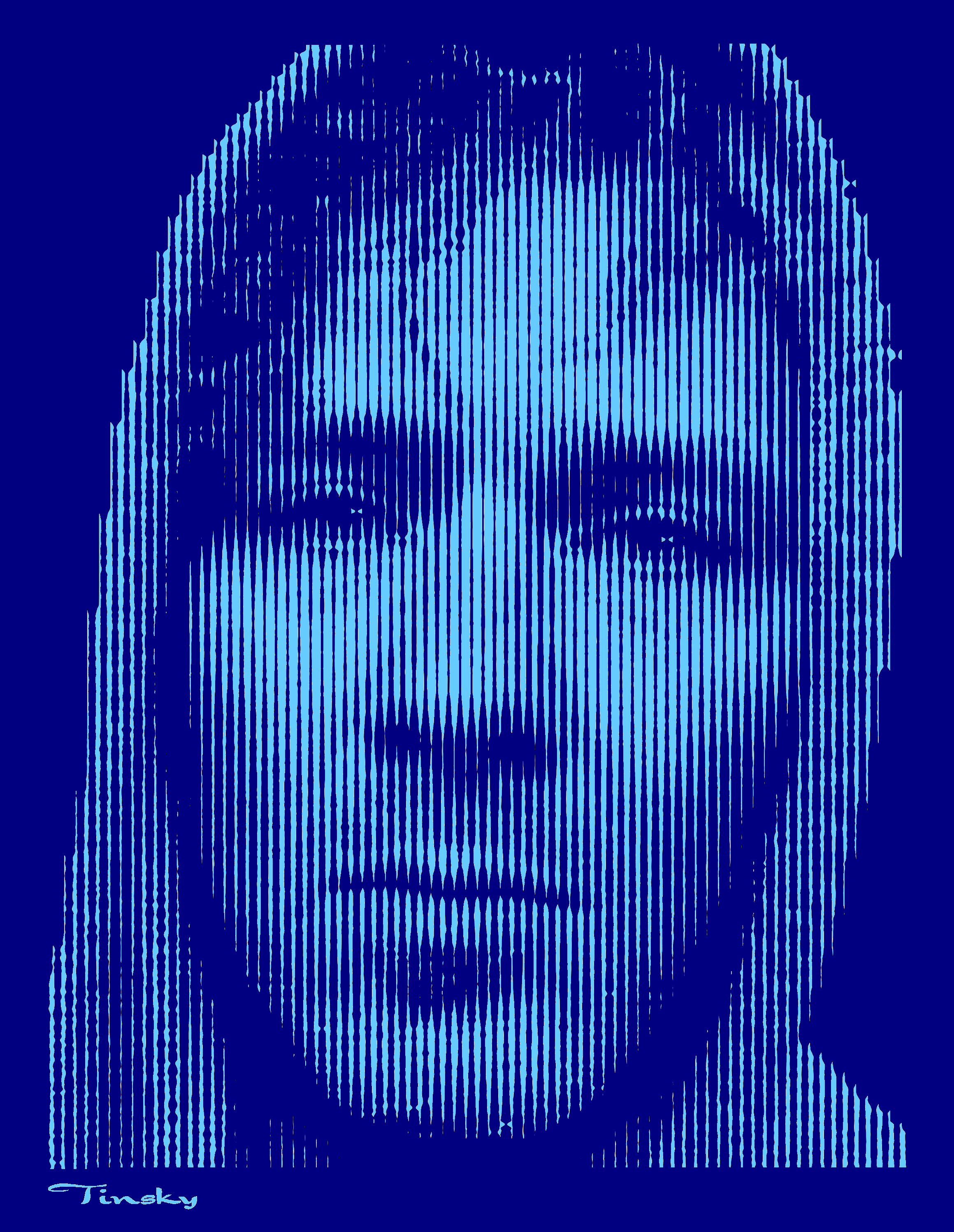 Craig Tinsky is a Washington DC based visual artist who grew up in Miami. Best known for his innovation in the medium of papercut art, he developed a technique that renders images evocative of photographs, screen prints, and paintings. Nearly all two-dimensional art is created by adding pigment to a substrate such as canvas or paper. Craig’s method is reductive, carving away bits of paper until the contrast between the negative space and remaining material renders a detailed image that can be mistaken for a photograph. He commonly uses more than 100 scalpel blades to cut the thousands of individual holes that make up a single portrait.

He is the first artist to meld multiple papercut patterns – such as a halftone portrait and a tessellation of geometric shapes – into a single binary papercut in which both are visible, yet each is distinct. He also pioneered a technique by which his detailed portraits are indecipherable by a viewer looking at the cut paper, but are remarkably vivid in the shadow that papercut casts.

Athletes, entertainers, government officials, and prominent business-people are among the collectors of Craig’s papercuts. His works share[d] space with Tony Awards, The Silicone Valley Visionary Award, Hollywood Reporter’s Most Powerful Women in Entertainment Award, Sports Illustrated’s 25 Most Powerful People in Sports, and the Stanley Cup, among others.

DROP US A LINE